My mum who adopted me, had other children; 3 boys and 2 girls. She had a very kind heart and still does but she was brought up in a harsh environment and  is an agro Atheist. She is 91 now, and her husband my second dad had some belief but was not practicing. Before he died he became an alcoholic but was never violent, he just slept a lot.

Mum abused me in anger at times, and I found this hard so I ran away from home a few times and ended up in trouble. I was frightened of mum but thinking back, it was how she was treated as a child and so to her it was the way one disciplined a child. I knew in her own way that she cared about me and she has shown it many times but is often abusive about my faith.

When I started High School, our social studies teacher told us we came from an Ape and those who had been told differently were lied to. I went home very upset but mum confirmed what the teacher had said and told me. Jesus was just a made up person and the Bible was just a fairy story. And so I lost my friend, or so I thought.

I was very hurt and angry and very very sad. I ate some ratsack, I don’t believe I wanted to die, I just wanted attention. I felt so lost and alone but I never even got sick. Years later a Doctor told me I should have had a Cerebral Haemorrhage because it was made from Wolfram but perhaps I didn’t eat enough, I don’t really remember.

I rebelled greatly for many years hurting God, others and myself. The rest although at times amazing, is also a long heartbreaking story. Yet I also witnessed God’s mercy and grace in my life, but at the time didn’t recognize that it was Him.

I found my FRIEND Jesus again and have been greatly blessed, sometimes in awesome ways, none of which I deserved. But my heart is full of thankfulness that Jesus my FRIEND never let go of my hand. God my Loving Heavenly Father continued to show me great mercy, and compassion. The Holy Spirit  comforted me over and over again and taught me many things and  even when I claimed The Godhead didn’t exist They were always there. Yes, at a distance but still I was in Their view and in Their heart.

At times God intervened miraculously and saved my life… One day as a 17-year-old when I was crossing a road, a truck didn’t see me and by the time the driver did he could not stop, I ended up on the footpath right across the other side of the road. The truck driver was trembling as he told me that I flew across the road, he kept saying I should be dead. It was impossible absolutely impossible for me to have reached the other side, “but you flew, you flew” he said. I now believe it was God’s Angels that carried me across that road.

In childbirth 3 years later, I was dying they could not save me. I was on the verge of a Cerebral Haemorrhage and they couldn’t get my blood pressure down, I had severe Toxemia. They wanted to save the baby by doing a caesarean section, but it would defiantly kill me, so my husband would not let them hoping I would live. So sadly my baby died, she was very weak and could not survive a natural birth. I was in a deep coma and the doctors had given up on me, they could not help me. They told my husband and mother I only had a short time left to live and then suddenly everything started to return to normal and so I lived…you may have noticed…but sadly being an unbeliever at the time I never thanked God.

How I finally came to true heart repentance is another long story as are the other miracles and signs and wonders I have experienced in my life. Most of which are medically documented and witnessed, and there is no answer to them except that they are by the hand of God who Supernaturally showed His Love for me through the storms that I have encountered in life, and carried me to safety.

I do not believe I’m better than anyone else, perhaps I was much worse. But I do believe that God in His Love and Mercy knew I needed to see His presence in a tangible way and others of course can testify to the same.

Anne read the iTestify article on My Mum Travelled And Left The Gas Cooker Running  for 24 Hours and she decided to share her testimony with us. She runs her blog Freedomborn … Aussie Christian Focus where she shares real truths, and also her personal experiences. It’s a blog you should read.

God is great! Going over and over Anne’s testimony, I know for sure God had his eyes on her the whole time. Let’s not stop believing, God still works miracles in our time, and we have our lives to prove that. What’s your story? You can help to build up faith, trust in God in the heart of others, and also glorify him. It doesn’t have to be so huge, but as long as it’s God, it deserves to be shared. Send me a message. Your testimony is just what someone needs.

If no one shared this article with you, you won’t be reading it. Don’t stop the chain, share this article on your favorite network 🙂 People you know, need to read this.

This blog has over 3,400 awesome people following, Its possible to know the exact moment a post is put up, all you have to do is follow by mail. It’s what awesome people do. You’ll get an alert each time, so you’ll never miss a thing.

Say Something About This Cancel reply 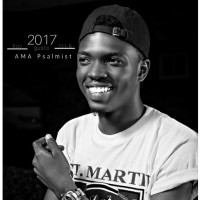 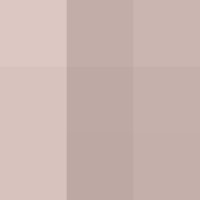 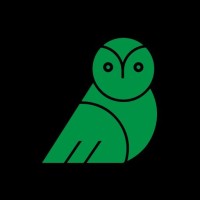 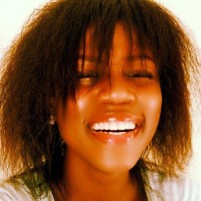 I'm a people person that simply wants to add value, and inspire others..

Adverts Blog Monthly Review General Have A Good Laugh Series Health How To's iTestify Love Courtship Marriage My Situation Series Poems Post's From Other's On The Victory Path Quick Reads Victory Path Discussions Videos What Would You Do If It Was You?

They Are Real People

..showing you practical ways to grow in grace

Seeing yourself through God's eyes

...saved into a royal dynasty

Becoming victorious by being different..

chiggy nsofor
My Truth My Clarity